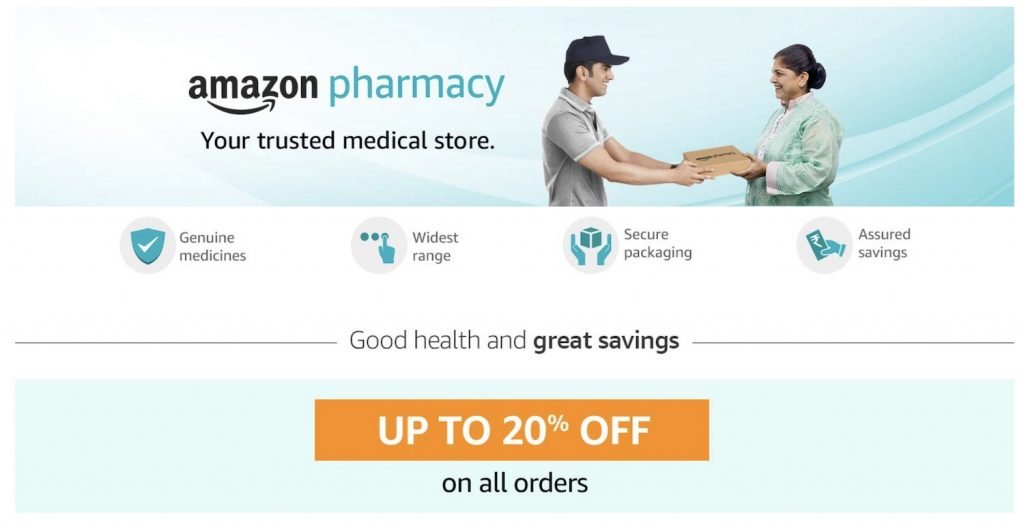 The service has started accepting orders in the country’s Silicon Valley, Bengaluru. Amazon is selling over-the-counter and prescription drugs along with herbal medicines and some health devices.

This is yet another new category that Amazon has ventured into in India during the pandemic. They have hired several health experts in recent years and also acquired an online pharmacy startup, PillPack in 2018 for nearly $1 billion.

Amazon has expanded into a handful of categories in India of late. Having recently started food delivery in Bengaluru and also acquiring the license to deliver liquor in West Bengal. The also started auto insurance last month and plan to expand to health, flight and cabs.

Amazon is also aiming at a multi-billion dollar deal with Mukesh Ambani’s Reliance Retail, in a bid enter India’s retail brick-and-mortar space. Amazon hopes to capitalize on the huge success of their well-prices Prime membership which has seen tremendous growth in the Indian market.